My granddaughter McKenzie came over the other day with Cassius, her eight- 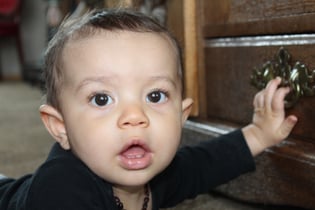 month-old baby. He’s breathtaking! He’s the happiest child I’ve ever known! I’ve never heard him cry although his mother says he has his moments.

At one point he was looking at me with a blank, emotionless expression. It wasn’t that look before an infant is going to poop, nor was it a trance look, he was just blank. As I watched I could almost read his mind. He was probably starting to get hungry or thirsty or sleepy and he realized something wasn’t quite right.

He proceeded to squintch his eyes closed enough to make his nose wrinkle a little bit and then he summoned a couple of weak, one-second ehhh sounds to augment the contrived, sad face. McKenzie said, he was trying to work himself into a legitimate fit, but his attempt lacked the negative energy a fit would need in order to succeed. When he opened his eyes, his mama said, “Hi Cashy, I love you!” He looked at her, abandoning his pitch-a-fit project, beamed a huge smile at her and that was the extent of it.

Being a mom is the best job in the world. You get to be in on the ground floor of creation, watching your children as they discover the magic of their bodies and this world? Wouldn’t it be great to get all excited over a tablespoon of water in a puddle on the table; to have sheer joy at its wetness and the exhilaration at touching it and spreading it into tributaries and smaller puddles? McKenzie sent this video of Cashy in his bath as he got breathless over a toothbrush.

We grownups have to work at living in the now moment and cherishing it with some semblance of joy. It would be wonderful if we were as concerned about living in the now as we are about getting our beds made, shining our sinks, doing laundry or cleaning out a cupboard.

Whatever you have mastered, playing the guitar, tap dancing, singing, writing, whatever, you know you had to do the basics over-and-over-and-over to become good at it. Cashy will master throwing a fit, if he thinks it will serve him, but McKenzie is such a wonderful mother, her love is magic at obliterating his rookie moodiness. 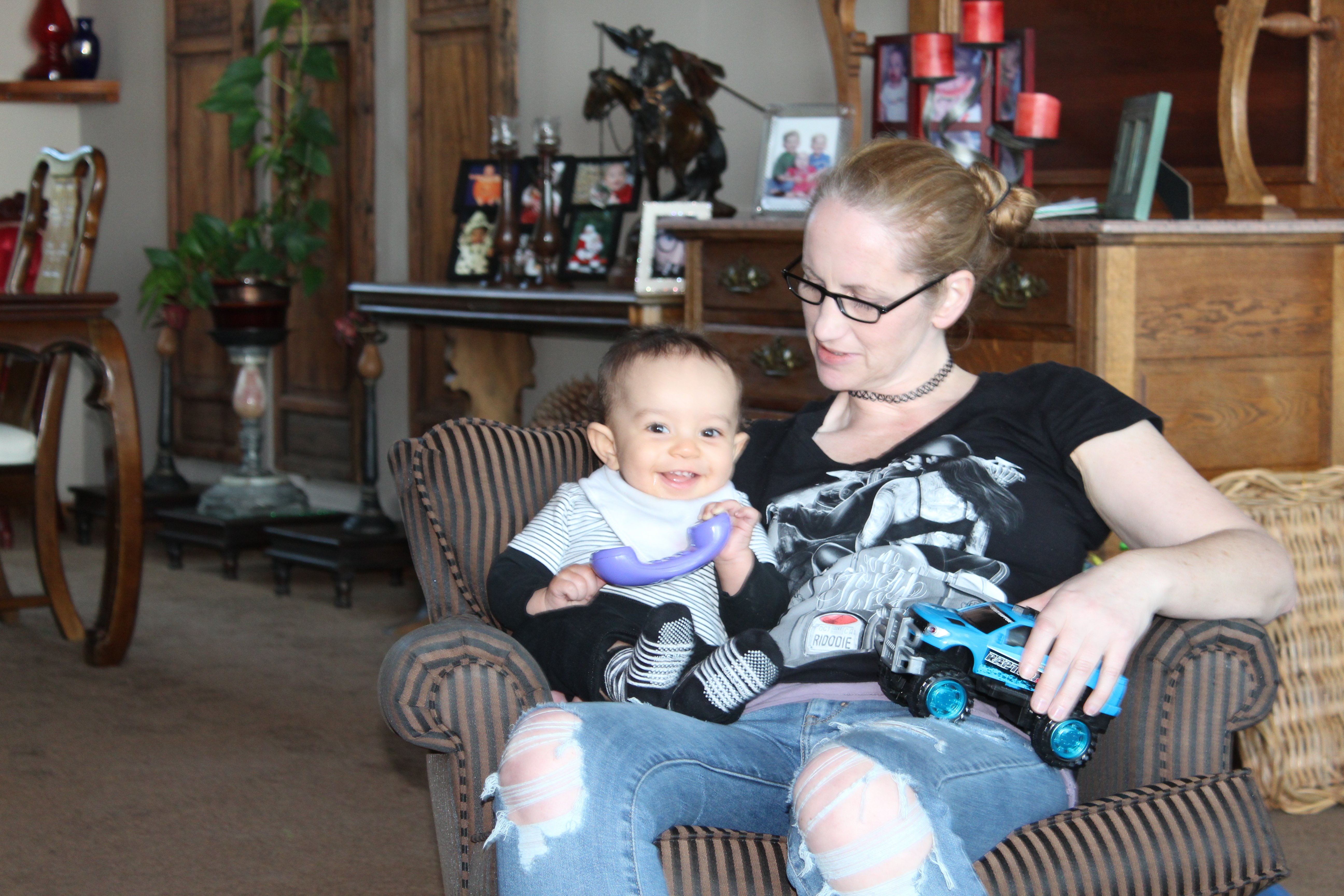 Let's practice thoughts that make us happy. Let's practice being appreciative for what we have. Let's practice expecting good to always be in our lives. Let's know what Cashy knows. He's loved. We're all loved, we just need to practice it.